of peeping toms and panty sniffers

The reason we couldn't close the cinema and go down to Austin to see the HOT FUZZTIVAL is because we held a staff meeting and your three dedicated bloggers watched REFLECTIONS IN A GOLDEN EYE on the big screen. Oh, they just don't make them like the used to... you know, films about secrets, alcoholism, madness, nipple mutilation, adultery and homosexuality... Some interesting background on the film can be found here, such as how, "At Elizabeth Taylor’s insistence, shooting was actually done at Dino De Laurentiis’ studios near Rome" or that, "Taylor had campaigned for her troubled friend Montgomery Clift as costar; with his death, the part was turned down by Richard Burton and Lee Marvin before Brando was cast." Looking forward to the next Popcorn and Sticky Floor staff meeting! 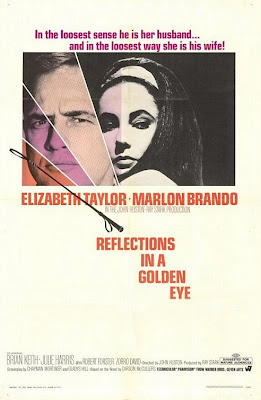 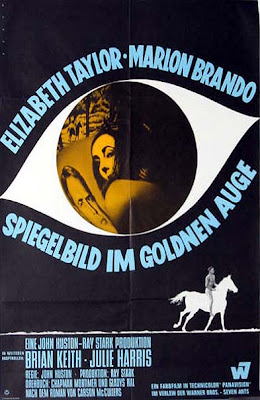 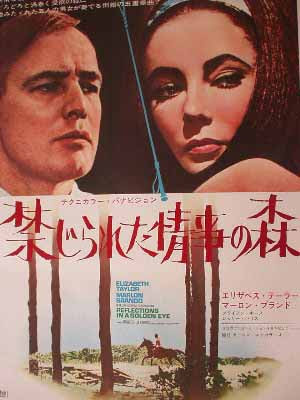 Thanks for stopping by and saying hello! Reflections in a Golden Eye is a GREAT movie and it's long been a fave. Liz is so fabulous over the top in it! I enjoyed looking at all the great film posters you shared here.

I really like your blog and have added it to my blogroll. :)

Firebird is a stallion!