Confession time! So last night I didn't actually watch a horror film. I didn't watch any film at all truth be told. Today was Thanksgiving in Canada, so last I was hanging with family and was nearly comatose from the amazing turkey dinner we had. However, I feel I still am on the full 31 Days of Horror roll as a few nights in the past week, Kat and I have done some double billing that will make up for the absence of horror cinema last night in our lives.

On Friday we check out a title that is usually dropped from when folks talk about Wes Craven's legacy of horror, Deadly Friend (1986). While there are moments of Craven branded bloody nightmare sequences (originally cut to avoid an X rating from the MPAA but , but restored on DVD),  over all the film has too much of the Short Circuit-esque cute robot hijinks to be ranked on par with his other horror works. There is however, this outrageous death scene that makes the film worth watching just for sheer WTF awesomeness. Oh yeah, also starring a young Khristy Swanson. 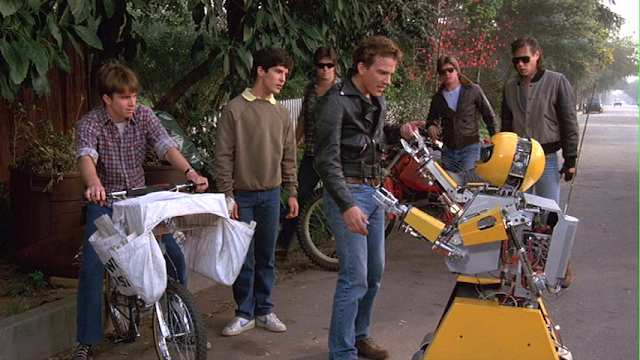 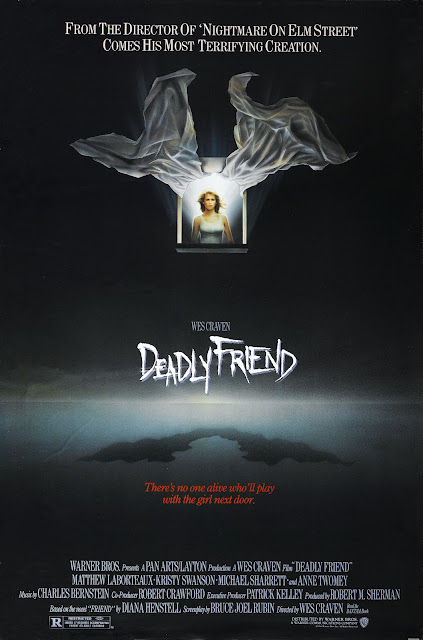 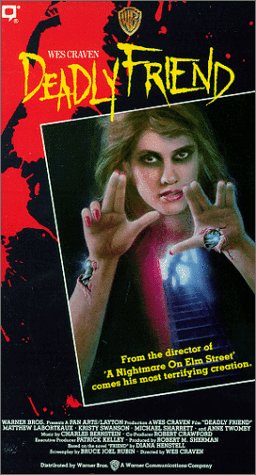 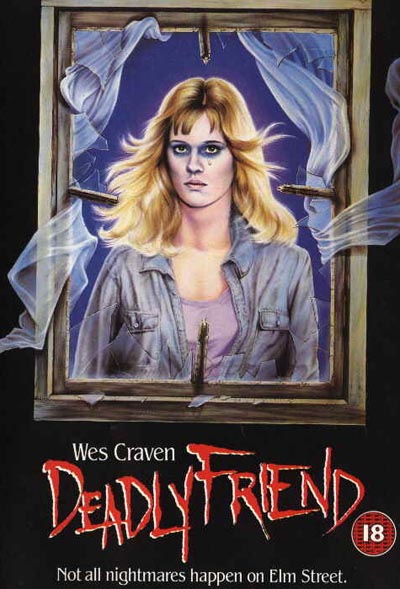 Now that I have confessed my sin of a night of no horror, our viewing pleasure this evening is one that I've seen, but that Kat hasn't - Pumpkinhead (1988). I remember when this film was announced, all the folks into horror were super excited and eager to see it since the director was acclaimed special effects and make-up artist Stan Winston, whose most notable works are always cited, so I'll mention some of his lesser ones such as The Entity, Dead & Buried, The Hand, The Exterminator, the TV movie Gargoyles, Dracula's Dog, Dr. Black, Mr. Hyde, The Monster Squad, Invaders from Mars, The Vindicator, the Manimal TV series, White Dog, and Parasite. Unfortunately, United Artists really didn't know what to do with the film so there was a muddled marketing campaign (as displayed in the first poster below) and a spotty release of the film. Sadly it is the only big feature that Winston did (and he passed away in 2008), but its grim homourless tone, Lance Henrickson in such a great role and superbly designed creature, all done with real practical effects, has gained the film a loyal following (bet UA never anticipated Pumpkinhead action figures) and surprisingly enough, three sequels. Haven't seen those, but we have them on standby in case Kat wants a marathon! 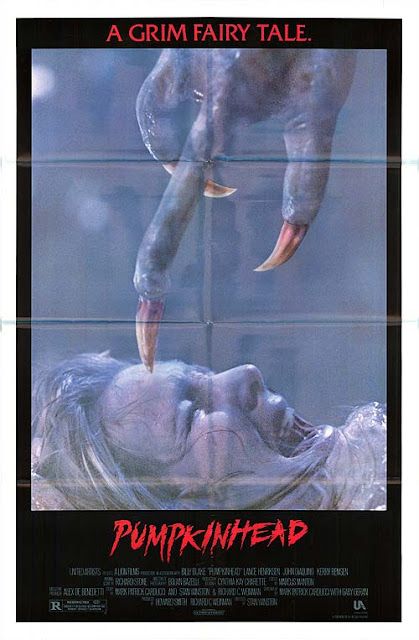 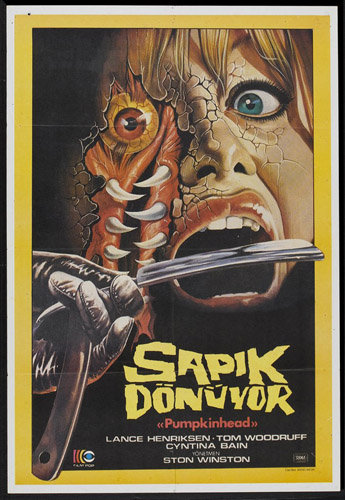 Above: The Turkish poster 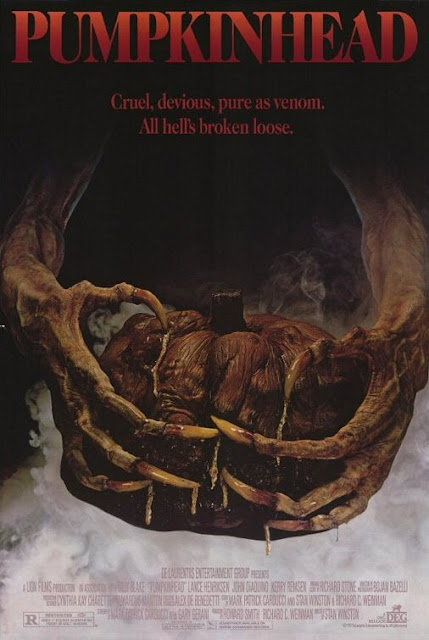 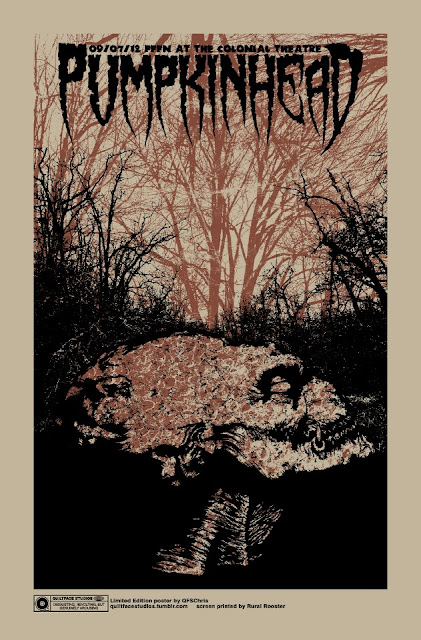 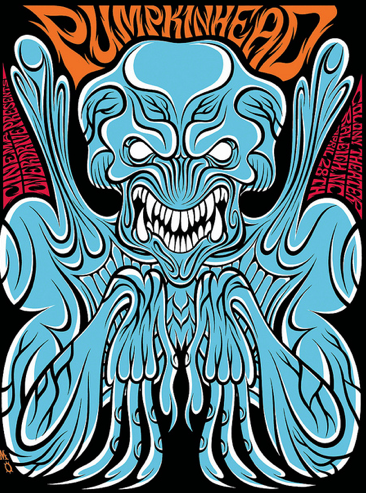 Artwork for the Cinema Overdrive screening in Raleigh, NC.