excuse me, but you have a spy in your ear... 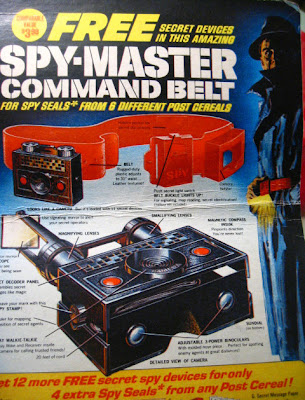 Been taking after dinner walks the past few evenings as the weather is so great and the experience has been enhanced by plugging into my ipod and listening to THE PSYCHEDELIC SPY, this great 5 part BBC radio play that I found over at the ever mysterious GreyLodge (avail on bit torrent). Its a great throw back to tough guy spy pop culture and features the late Ed Bishop (from the UK tv show UFO and 2001: A SPACE ODYSSEY), Joanna Lumley (THE SATANIC RITES OF DRACULA and ON HER MAJESTY'S SECRET SERVICE), Charles Gray (THE DEVIL RIDES OUT and and Ernst Stavro Blofeld in DIAMONDS ARE FOREVER), James Aubrey (Ralph from LORD OF THE FLIES!). Highly recommended

“I set it in the ’sixties because that was quintessentially the decade of the spy film and I chose specifically the year 1968 because by then the whole thing had turned sour. After the Charles Manson murders and the My Lai massacre, the whole notion of killing for kicks ceased to be funny ….” (writer Andrew Rissik interviewed in The Times)